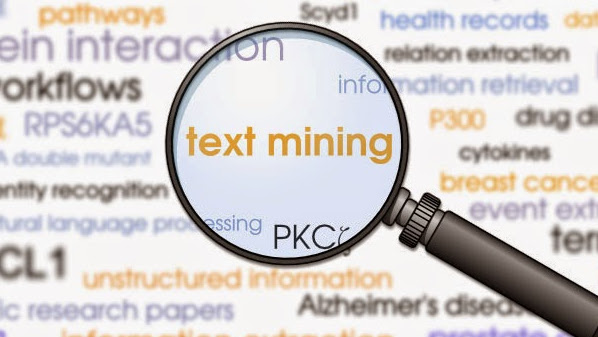 In this series of posts, I will be sharing my experiences and learnings.


Nowadays, a large quantity of data is produced by humans.Data is growing faster than ever before and by the year 2020, about  1.7 megabytes of new information will be created every second for every human being on the planet and one of the main components of this data will be textual data.
Some of the main sources of textual data are

In the scenario described in the image above every observer may perceive the real world in a different manner and express accordingly e.g different persons may have a different opinion on some topic.
So, while analysing textual data this type of bias ness has to be kept in mind.

By the definition lexical analysis means converting of a sequence of characters into the sequence of words with some defined meanings.
Definitions of words can be

In this article, I will be writing about Word Associations which is the analysis of how different words are linked to each other. Look at the following sentences
In the first sentence  "Jack drives a car", the type of relationship between "car " and "drive" is called

The randomness of a random variable can be measured by Entropy.

Now that we know the concept of entropy and how it can be used to predict the existence of a word in a sentence, let's introduce one more concept called Conditional Entropy.
It is defined as the entropy of a word W when it is known that V has occurred in the sentence.
This helps to reduce the entropy which in turn reduces the randomness of the random variable.
Conditional Entropy can be defined as

This defines the probability of meat occurring when eats has already occurred.

In order to find these type of relationships in the sentences we first need to find the Left Context, which means the words that appear left to the words and then we need to find the Right Context, which means the words that appear to the right of the sentences.
Once we have these context we can find the context similarities.Words with more context similarities are more paradigmatically related.This problem can be mathematically defined by representing each word in the context as a vector, where the value of vector is represented by the frequency of the occurrences of that word in the context

Now the two contexts can be represented as

The similarity is the probability that a randomly picked word from d1 and d2 are identical.

Soon will be adding some links for the programmatical model for these relation mining and in the next series will be writing about the Topic Mining.
Stay Tuned......
Big Data Entropy Minig NLP Text Analytics

Popular posts from this blog

Spidering the web with Python

Introduction We will be talking about  Spidering/Scraping How to do it elegantly in python Limitations and restriction  In the previous posts, I shared some of the methods of text mining and analytics but one of the major and most important tasks before analytics is getting the data which we want to analyze. Text data is present all over in forms of blogs, articles, news, social feeds, posts etc and most of it is distributed to users in the form of API's, RSS feeds, Bulk downloads and Subscriptions. Some sites do not provide any means of pulling the data programmatically, this is where scrapping comes into the picture. Note: Scraping information from the sites which are not free or is not publically available can have serious consequences. Web Scraping is a technique of getting a web page in the form of HTML and parsing it to get the desired information. HTML is very complex in itself due to loose rules and a large number of attributes. Inform
Read more

Introduction Machine Learning has become the hottest topic in Data Industry with increasing demand for professionals who can work in this domain. There is large amount of textual data present in internet and giant servers around the world. Just for some facts 1,209,600 new data producing social media users each day. 656 million tweets per day! More than 4 million hours of content uploaded to Youtube every day, with users watching 5.97 billion hours of Youtube videos each day. 67,305,600 Instagram posts uploaded each day There are over 2 billion monthly active Facebook users, compared to 1.44 billion at the start of 2015 and 1.65 at the start of 2016. Facebook has 1.32 billion daily active users on average as of June 2017 4.3 BILLION Facebook messages posted daily! 5.75 BILLION Facebook likes every day. 22 billion texts sent every day. 5.2 BILLION daily Google Searches in 2017. Need for Vectorization The amount of textual data is massive, and the problem with textual dat
Read more

Introduction This is about my experience with Celery a distributed framework in Python in heavy workload environment.  I am dividing the blog into the different sections: Product Brief Current Architecture Problem With Data loads and Sleepless Nights and  Solutions Tried The Final Destination Product Brief We are working on a product that aims at fetching data from the multiple sources and aggregating that data to generate insights from that data. Some of the Data Sources that we support as of now are: Stock News from multiple sources RSS feed  Twitter Reddit Yahoo News Yahoo Finance Earning Calenders Report Filings Company Financials Stock Prices Current Architecture Broad View We knew that problem that we are solving has to deal with the cruel decentralized Internet. And we need to divide the large task of getting the data from the web and analyzing it into small tasks. Fig 1 On exploring different projects and technologies and analyzing the community support we cam
Read more